Then why not ride the Red Line Red Lane  as permanent? 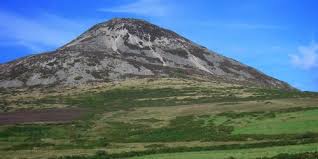 In a break from planning the MF 1200, John has decided to offer possibly the most revered ride in the annual calendar as a permanent.

The coming weekends will see the two 600s in the calendar for this year. Both are new routes but with two of the most experienced randonneurs in the country behind them, you can expect them to fully live up to the standards set by previous classic events like the REK 400 and the Three Rivers 300.

The Red Line/Red Lane 600 takes place over the June bank holiday weekend, starting from Bray on Saturday June 4th. The route heads out through the Wicklow foothills overlooking Dublin before striking west for the Slieve Bloom mountains and looping back south of Kilkenny to return through Wicklow to the sleep stop in Bray. The remaining 200 will take in more familiar roads around Wicklow. Entries for the Red Line/Red Lane 600 must get to Paul O’Donoghue by Wednesday June 1st.

The following weekend sees the Four Counties 600, starting from Midleton. Full details of the route have yet to be released but it is expected to take in the wild and hilly landscape of the Beara peninsula on the first day, and the mountains east of Cork on the second day including an ascent of the Vee. There will be no sleep stop organised on the assumption that on Saturday night you will sleep wherever you booked in for Friday night. Entries to Kevin O’Sullivan.