And, yes, I do have a lot of Brevet cards and medals to post!

Already interest in this ride is hotting up with 1/2 dozen victims entrants so get in quick as I’ve a limit of 100. 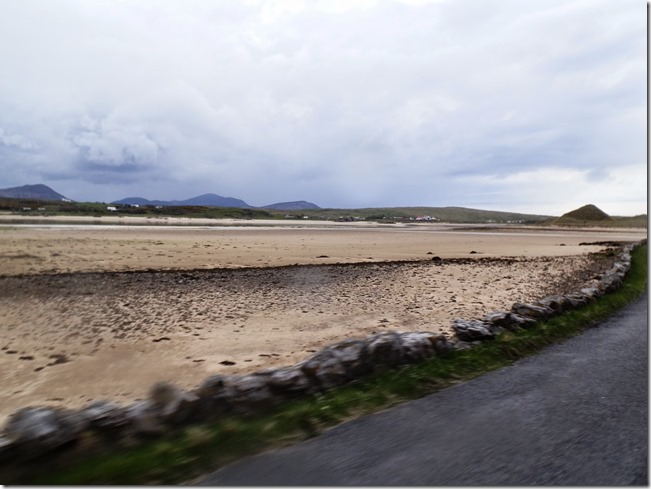 “North to the South – another bright idea of mine.  About the toughest 400km I’ve ever done.”

But the scenery is just breathtaking and ideally timetabled 2 weeks before the first 600 of the year and a month before the Celtic Knot.

It’s a (tiny) bit easier now as I changed the direction last year for ferry reasons so most of the climbing is over by 250km – just windy hill before Coleraine which has both wind and hill.

NOTE CHANGE OF START LOCATION (just around corner) DUE TO PARK CLOSING HOURS.

A record 10 entrants already, so get in quick as entries are closing Monday.  I tested most of this myself last Friday/Saturday and Richard did all of it the week before.  Although its a pity about the ferry, the new direction is definitely less tricky than last year as the climbing is earlier and in the light.

There is one short section of bad Road in the Sperrins  – which will be the first descent this year – but the rest is pretty fine.  The next road over to Park is sublime!

Most of the climbing is done by 250km – one new climb on the way into Colerain at about 300km but nothing severe.  Once you leave the warmth of the 24hour McDonalds – which Richard confirms is not only open 24hours but offers sleeping facilities – you’ll be almost guaranteed a tailwind all the way to Belfast (its pretty rare for the wind not to be Northerly).

With the Millennium Falcon rumoured to be parked on Malin Head there may be some unusual tourists in the area.

Start: Opposite Maxol garage, Mallusk Road, Newtownabbey, Belfast.  (Garage will not be open at 6.  There are 1/2 parking spots opposite and more around).

NOTE CHANGE (just around corner) as the Park car park is closed at night.  Although we’re pretty sure it opens at 6am, I contacted the cancel and they could only say by 7:30 – so probably depends on the park openers route!