This route is a Permanent only, which can be ridden on a date of your choice, by agreement with the Organiser.

Please remember to say which event and which rider you are paying for.

A move to Clonmel in 2017 meant a need to seek out new cycling roads in South Tipp. While fairly local to the area I soon discovered I didn’t really know the local byroads and lanes. On my fairly short wanders I was struck by the amount of old abandoned churches and graveyards in the prettiest of countryside. There’s 20 or so on the route.

The idea of route is simply joining the dots with the quietest of roads and avoiding any major climbing.

The start point is in Marlfield village with the first control at the nearby Protestant church on the banks of the Suir.

The other controls are Knocknagapple (Templetenny) at 59km (a graveyard once visited by a sitting USA president), motorway bridge at 126.4km and Rathcoole cemetery at 151.8km.

Other than the 20 or so graveyards, there are lots of other old ruins along the route. There are also a few 19th Century churches which have been massacred with 1980’s pebbledash, maybe as Ben Sira 9:8 says “avert your eyes”

A few safety points to note 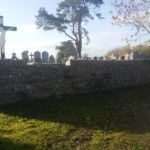 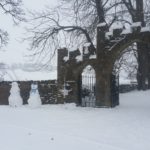 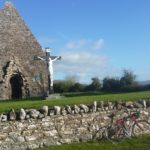 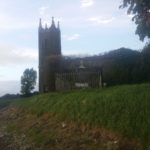