The next event on the Calendar after the Easter Fleche will be the Ardattin 200 on Saturday 6th April. 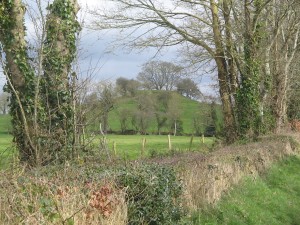 The Ardattin is an ideal 200k for anyone wishing to try their first audax event or their first 200 of the season. Despite being predominately run in Co. Wicklow with a few kms in Wexford and Carlow there is no major climbing involved and the route sheet is easy to follow. Full details here

The 2013 Season will kick off with the Kings Mountain 200, starting from Whitehall, Dublin 9.  More details on the Calendar page.

PLEASE NOTE: This event was previously published as being on Sat 23rd.  The correct date is SUNDAY 24th February.

Those who wish to do so should be able to take bikes on the Dart, get off at Killester, and it’s only a short spin from there to the Start.

Early entries would be appreciated, as Aidan will be away from 11th to 18th Feb.  If you can’t get your completed entry to him before that please mail aidcaul@eircom.net to let him know you intend to take part.